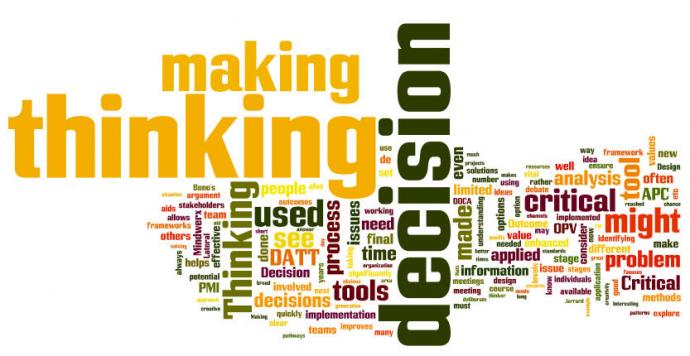 Highlight the role of community in decision making.

The Role of the Community in Decision Making:

It also became clear that although the earlier research had allowed for the study of individ­ual decisions, it did not permit study of decision making on a community level. The next study introduced the notion of diffusion, or widening communication of a new idea, over time through the social structure of a community (Katz, 1957).

The diffusion study examined how medical doctors make decisions to adopt new drugs. All doctors in several specialties in four Midwestern cities were interviewed. Besides the usual demographic data (age, medical school attended, etc.) and data about attitudes, pre­scription of drugs, exposure to information sources and influence, and other details, the doctors were asked to name the three colleagues they were most apt to talk with about cases, the three they were most apt to seek information and advice from, and the three they were most likely to socialize with.

These questions regarding a doctor’s interactions with colleagues allowed the research­ers to “map” the interpersonal relations in the medical communities. The study also al­lowed focus on a specific item (a new drug) as it gained acceptance and a record over time (through prescriptions on file at pharmacies).

In the drug study, an objective record of decision making (the prescriptions) was avail­able as an additional source of information (along with the self-report of the doctor). Also, inferences could be drawn about the different influences on the making of a decision. For example, early adopters were more likely to attend out-of-town medical meetings in their specialties. The mapping of interpersonal relations made possible inferences regarding the effect of social relations in decision making.

The following conclusions were reached from the series of studies after the 1940 voting study:

L Personal influence was both more frequent and more effective than any o.’the mass media, not only in politics but also in marketing, fashion decisions, and movie attendance (these last three were investigated in the Decatur study). In the case of the drug diffusion study, the doctors most integrated in the medical community were the ones most likely to be early adopters of the innovation. The doctors most frequently named as discussion part­ners were most apt to be innovators. Extent of integration proved more important than the doctor’s age, medical school, income of patients, readership of medical journals, or any other factor examined.

The researchers attributed the innovativeness of doctors who are integrated in their re­spective medical communities to their being in touch and up to date with medical develop­ments. They also noted that these were the doctors who could count on social support from their colleagues when facing the risks of innovation in medicine.

–       Interpersonal influence in primary groups is effective in maintaining a high degree of homogeneity of opinions and actions within a group. In the voting studies, voters who changed their minds reported initially that they had intended to vote differently from their families or friends. Medical doctors tended to prescribe the same drugs as their closest colleagues, especially when treating the more puzzling diseases.

–       In the decision-making process, different media play different roles. Some media in­form about or announce the existence of an item, while others legitimate or make accept­able a given Course of action.

But people talk most often to others like themselves. In marketing, fashions, movie at­tendance, and public affairs, opinion leaders were found at every socioeconomic and occu­pational level.

– If opinion leaders are found at all levels, what distinguishes the leaders from their fol­lowers?

The researchers concluded that the following factors differentiate leaders from their fol­lowers:

–       Strategic social location (whom one knows)

Strategic social location actually involves two sets of contacts: whom one knows within the group in which opinion leadership is exercised and whom one knows outside of the group for information on topics salient to the group.

Personification of values is another way of saying that the influential person is someone that followers wish to emulate. The “influence” admires the influential and wishes to become as similar as possible. However, the opinion leader must also be regarded as knowl­edgeable or competent in the area in which leadership is sought. We seldom pay attention to the opinions of people who don’t seem to know what they are talking about.

Even if one is both the type of person others want to emulate and is competent, one must also be accessible to the people who are interested in the area in which leadership is sought. To be a leader one must have followers. As mentioned, an individual is also most apt to be an opinion leader if he or she maintains contacts outside the group who in turn provide information and opinions of interest to the group members. This was found to be true in many diverse areas of opinion leadership (politics, medicine, and farming, among oth­ers).

Opinion leaders were found to be more exposed to media appropriate to their sphere of influence than their followers. The Rovere study found that opinion leaders on “cosmo­politan” matters were more likely to read national news magazines than people who were influential on “local” matters. In the drug study the influential medical doctors were more likely to read a large number of professional journals and value them more highly than their less influential colleagues. They also attended more out-of-town meetings and had more out-of-town contacts as well. One researcher observed, “the greater exposure of the opinion leader to the mass media may only be a special case of the more general proposition that opinion leaders serve to relate their groups to relevant parts of the environment through whatever media happen to be appropriate” (Katz, 1957, p. 76).

Opinion leaders and their followers are very similar and usually belong to the same groups. It is highly unlikely that the opinion leader will be very far ahead of followers in level of interest in a given topic. Interpersonal relations are not only networks of commu­nication but also sources of social pressure to conform to the group’s norms and sources of social support for the values and opinions an individual holds.

Two other authors, in discussing this interaction of media, social, and psychological variables in the communication process, have written:

In more recent times it has been realized that mass media information is received, passed on, distorted, assimilated, rejected, or acted upon in ways which are in part determined by the operation of various social and social-psychological systems at various points of trans­mission and reception as the flow of information takes place. Therefore, for the student of mass communication the operation of primary groups, role structures, voluntary associa­tions, personality variables, and vast complexes of other variables related to the operation ,           of “diffusion networks” have become a new research domain. The developing model

of the operation of the mass media couples the mass communication process to the social networks of family, work, play, school and community. (De Fleur & Larsen, 1958, p. xiii)

As pointed out at the beginning of this chapter, most media researchers during the 1930s and even the 1940s employed the hypodermic needle model of commu lication in their thinking of media effects—direct, immediate, and powerful. As more sophisticated methods were employed by media researchers, the hypodermic model was recognized as far too simplistic. Throughout the 1940s and 1950s communication researchers began to recognize many psychological and sociological variables that intervene between the media and the mind of the receiver (selective exposure, attention, perception, and retention; group memberships, norms, and salience; opinion leadership, etc.).

Two of the researchers involved in the series of studies done at Columbia concluded, “The whole moral … is that knowledge of an individual’s interpersonal environment is basic to an understanding of his exposure and reactions to the mass media” (Katz & Lazarsfeld, 1955, p. 133). 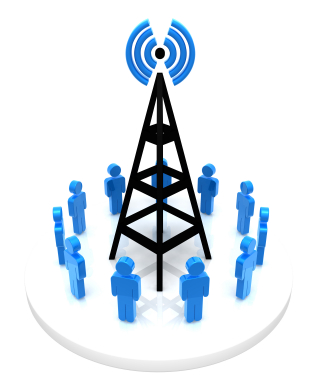