Evolution and Growth of Public Relations Public relations has assumed immense importance over the years. The importance of this vital and all embracing discipline can be gauged from the fact that the present information age is also called as the public relations age. As the very name suggests, public relations is a relationship, a liaison or a bridge between an organisation and its publics. International Encyclopaedia of Communication has defined the term public relations as the information activities and policies by which corporations and other organisations seek not only to create attitudes favourable to themselves and their work but also to counter adverse attitudes. According to New Webster’s Encyclopaedic Dictionary of the English Language, public relations is the art and techniques used to promote favourable public opinion. We are reproducing below definitions by some scholars and renowned experts with a view to clearing the concepts of the students about this versatile and multidimensional discipline of the present age.

relations as “the deliberate, planned and sustained effort to establish and maintain mutual understanding between an organisation and its publics.

2.         Public relations is the attempt by information, persuasion and adjustment to engineer public support for an activity, cause, movement or institution (Edward L. Bernays).

3.         According to John W. Hill public relations is the management function which gives the same organised and careful attention to the asset of goodwill as is given to any other major asset of business.

4.         Public relations is a combination of philosophy, sociology, economics, communication and other knowledges into a system of human understanding. (Herbert M. Baus)

5.         Public relations is everything involved in achieving a favourable opinion. (Georgo F. Meredith).

6.         The International Public Relations Association, The Hague, May I960, defined public relation as a management function, of a continuing and planned character, through which public and private organisations and institutions seek to win and retian the understanding, sympathy and support of those with whom they are or may be concerned by evaluating public opinion about themselves, in order to correlate, as far as possible, their own policies and procedures, to achieve by planned and widespread information more productive cooperation and more efficient fulfilment of their common interest.

7.         The World assembly of Public Relations maintains that public relations practice is the art  and social science of analyzing trends, predicting their consequences, counseling organisauoR. leaders, and implementing planned programmes of action that will serve the interests of organisation and the public.

The above definitions highlight the importance and significance of this all embracing discipline. But, it would be quite unjust to assume that a few lines can bring out and explain the usefulness of this social art and science. A few words, howsoever, articulately worded cannot embody the countless good that public relations delivers to the society. Indeed, it is Public Relation which has turned the man from a wild animal into a social being.

The importance of public relations is increasing day-by-day and as a matter of fact it is more important for organisations, institutions and individuals today than it was yesterday and surely its significance would multiply manifold in the days to come. Public relations has, infact become one of the most important tools needed today not only for the growth and development but also for the very existence and survival of an organisation. Public relation is not self-centred, rather it is equally useful for the publics as well. It provides a channel through which the publics can make their concerns and needs known to the management.

If an organisation does not care for the public sentiments*and needs or the market demand or what is actually required by the publics, and rather regards production of goods or provision of services to be its sole concern it will never be able to compete with the dynamic competitors in the field. Similarly, if a political organisation does not take into account the issues and problems facing the people and or the country at large and is oblivious to finding a just and fair solution to them, would it be a popular organisation among the publics, and will it survive? Definitely not.

In short, in this age of competition and democracy public relations has acquired a very vital position and indeed no organisation – public or private -can do without it. similarly good image is also indispensable for having aplace in the market and in the publics. Summingup the above discussion we can say that public relations is hot only adeliberate, planned andsustained effort to establish and maintain mutual understanding between an organisation and its publics but also to earn and build up a good image for the organisation by using different arts and skills.

Evolution and Growth of Public Relations:

There is no universally agreed history of public relations. But most of the historians are of the view that man has been using various public relations skills and techniques, since the time he formed social groups, for moulding and influencing public opinion. Archaeological findings of old civilisations in Rome, Egypt, Mesopotamia (ancient Iraq) substantiate this view and show that those nations have been using some of the techniques for public opinion formation which even today constitute an integral part of the public relationing. A 4000 years old cuneiform tablet found in Iraq told farmers how to produce better crops. Its function was similar to the PR bulletins issued by the agriculture departments today.

In the ancient Greek some poet carried out public relations assignments on behalf of their clients. The Greek poets used publicity, lobbying and press agentry as tools for public relations. Two poets, Simonides and Pindar, mad^ good living by writing and selling odes of praise for those willing to pay. The use of poetry to manipulate public opinion became so widespread in Greek democracy that Plato in his “Republic” advocated the prohibition of all poetry except that written for the government.

The ancient Romans refined the techniques of poetic form, adding subtlety to public relations. Virgil’s Georgics was, on the surface, a bucolic poem extollingthe virtues of country living, the pastoral scenes, clean air, fresh water, and closeness to nature, its purpose, however, was to motivate the citizens to prefer country life over the overcrowded Rome, which was afflicted with food shortages at that time.

All religions, including Islam, used public relations practices intensively. They used preaching to mould public opinion. According to available history, the term propaganda, an important tool of public relations today, was first used in 1622for a Christian mission which went out of Rome for preaching. History also shows that the Muslims were using public relations as a well disciplined arm of the government during the days of the Holy Caliphs of Islam. They for the first time use the term public relations officer. Mr. Alauddin Masood (author of the book “Public Relations: potential and prospects”) in the article in daily The Muslim (August 89, 1996) produces historical evidence to substantiate the fact that itt a letter to Malik Ashtar, governor of Egypt, Hazrat Ali, the fourth Caliph of Islam, while describing the categories of state writes “We’ have the army formed of the soldiers of God; we have our civil officers and their establishment, our judiciary, our revenue collectors and our public relations officers”. This suggests that the Public Relations department had emerged as a separate and distinct entity by the time and that the people were aware of the functions and role of public relations officers.

Like some other parts of the world, there exists ample evidence to suggest that rulers in South Asia made use of the techniques of public relations even as early as 3300 B.C-1900 B ,C and also thereafter right upto the arrival of the British. The archaeological excavations in the Indus Valley show that engravings on rocks andespecially constructed monuments were used for conveying royal decrees and proclamations to the publics. The Muslim rulers in India appointed scribes in different parts of the country who used to inform the king (ruler) about the various activities and happenings in the area under their respective jurisdictions. Later the British established separate PR departments in the provinces and at the centre, including the armed forces (ISPP) to carry on public relations activities.

There are many who trace the emergence of public relations as a separate and distinct activity with the advent of the industrial revolution in America. Hobert Lioyd, author of the book ‘Public Relations’ says the first indication of the development of public relations as a separate activity came with the Industrial- Revolution with its tremendous expansion of business and commerce, particularly in the United States.

According to the Encyclopaedia of Communications, “in the early years of the twentieth century public relations emerged as a distinct occupational pursuit in the United States to provide counsel and policy guidance to large business corporations. Often the managements of these companies found themselves the target of government, press and public criticism for their allegedly unethical business practices. Their leaders turned to the public relations counsellors of the time to help create greater public understanding and support for their operations.

Public relations has come a long way since then, and though historians have yet to trace out the exact history of this discipline, it has assumed great importance everywhere and for everyone these days. The ever-growing competition among industrial concerns, political organisations, pervasive democracy  regionalism in world politics, privatisation and liberalisation of economy, modern mass media etc, are such factors which have made public relations inevitable.

After passing through the various phases and stages of its development public relations has now grown into a separate activity both in the developed and developing world. However, like other areas of human activity public relations discipline is comparatively more mature in the developed countries. In developing countries, specially in the private sector, public relations concepts and practices are not yet clear and the PR techniques are usually abused for gainingshor t-term or immediate benefits. PR in most of the developing countries is carried on borrowed ideologies and the process is generally devoid of research and any logical planning. That is w’ny PR in the developin g countries often fails to give results and generally it assumes the form of ‘press agentry aimed at releasing the top management. PR staff often tries to block the media from. ascertaining the facts c>r truth about the organisation. Most of the organisations in the t hi rd world don’t have any p’dblic relations department and where PR outfits exist these are tvsual ly r un by unqualified andj unskilled people. However, it is heartening that the developing third world is now realisin g the importance of this versatile discipline both in public and pri.vat e se ctors. It is hoped that in the next few years PR will enjoy the same level of prestige and importance in the developing world that it does at present in the developedcountries and PR depr irtments in the Third Wo rid will also be manned by skilled and qualified people who will, in re al terms make it a bond of mutual understanding and bilateral benefit ior both the organisat Jons and the publics. 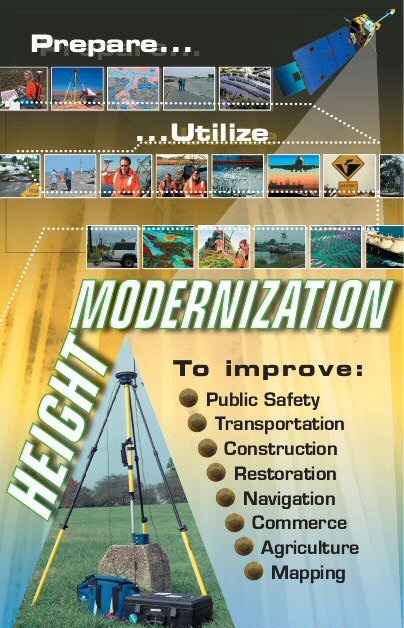