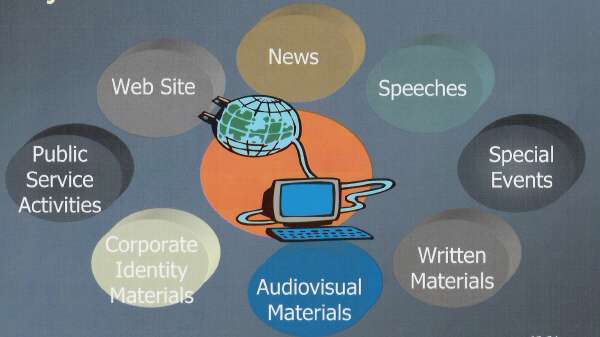 Explain in detail the basic concepts and tools of Public Relations.

In Public Relations the term ‘public.’ is used for those people or group of people who are directly or indirectly concerned with the organisation, use its services/products or benefit from jt in one form or another and/or affected by its policies/programmes. In other words it is a group or groups of people who are tied together by some common bond or interest or concern. The publics of an organisation play a key role in its success or failure. PubIics are of two kinds — internal and external, a) h in/mal publics: .

This group of publics is usually outside the premises of the organisation but is always of great importance for an organisation. External publics may consist of the following sub-groups:

(i)             Local Population: This group consists of the people, firms and organisations in the surrounding areas. There are of great value to the organisation as they may provide services to it and/or purchase its products or bene fit from its services. Besides, they are the people who are greatly affected by the activities/operations of the organisation in terms of noise, pollution, traffic problems, etc.

(iv)            OmsumersTVis group of publics holds a pivotal position for the success or growth of the organisation and normally energies of all other publics are geared towards having a better rapport with it,. They are the ultimate users of the products or service. Public relations wing of an organisation will focus on moulding their favourable opinion towards the organisation. We see the TV and the print media flooded with advertisements describing the qualities and properties of the products, sometimes even offering incentives to the consumers. It pays, indeed, if correct information abput the product or service is provided to the consumers as it can prove very crucial for the image building and getting the confidence of the consumers. In other words, while advertising one should not exaggerate the quality of a product or seek recourse in half-truths.

(v)             Mass Media: Experts regard the mass media to be an important; agent for influencing change in the attitudes, behaviours and opinions of the people. As the media of mass communication happen to be the carriers of public relations messages (advertising, publicity, propaganda, etc.) they constitute an important group of the external publics. Every organisation gives a due weightage to the mass media which can be instrumental in buildingup and/ or tarnishing the image of an organisation.

The practice of getting favourable material published, broadcast or telecast by the news media is press agentry. It is done for attracting people’s attention and for educating and informing them as well. According to Cutlip and Centre, press agentry is the creation J of publicity worthy events and the use of brass bands and barkers, if necessary, to attract; attention to some person or something. Peter Biddecome considers a press agent a person engaged to get press coverage and press clippings.

It is one of the oldest and most vital tools of public relations, which was widely practised by the ancient Greeks. The history of public relations is also associated with that of press agentry. Edward Jay Whatmore, author of the book Mediamerica observed that Until the 20th century the term press agentry was being used for public relations as well, The press agents were masters at planting stories in newspapers. This kind of free publicity was much more valuable than paid-for advertising. Amongst the innumerable campaigns launched during the late 19th century the most notable, according to historian Marshall Fishwick, was thejone which resulted in the rise of folk hero Buffalo Bill. Some half a dozen writers helped shape Buffalo Bill into one of the greatest American folk heroes, outdistancing more spectacular men by making mountains out of molehills. most all of the folk heroes from that era were virtually created through press agentry. ‘

” Advertising is one of the overt strategies used for influencing public attitudes. ] Experts regard it as one of the tools of public relations which complements a total public 1 relations programme. Through advertising various qualities and characteristics of the product j or service are explained to the publics with a view to creating a soft corner in their mi rid for the product/service and also a good image of the company/organisation. This tool is different ! from other tools of public relationing as it seeks to mould public opinion in an pvert manner. I It uses paid time and space in the media usually to deal directly with the consumers, primarily to promote and sell goods and services, secondarily to promote and sell ideas.

Propaganda is communication — verbal or non-verbal — that attempts to influence the motives, beliefs or attitudes of people. Its function is not essentially to convert, rather it» function is to attract followers and to keep them in line. The task of propaganda is to blanket every area of human activity so that the environment of the individual is changed to absorb the campaign (PR) view. Originally, it meant simply spreading a belief, as the term propaganda was first used for a religious mission preaching Christianity, but its misuse, particularly during the last 80 years, brought it into disrepute. But even today propaganda is an important tool of public relations, Public relations arm of an organisation may use propaganda for: (1) to gain audience, (2) to hold the audience and (3) to influence the audience. On one side, the public relations department is engaged in propaganda activities and on the other it is countering the false claims of the competitors or enemy propaganda.

Too often public relations are confused with publicity, in fact it has been identified with it. But publicity is One of the important tools of public relations, Publicity consists of obtaining free space or time for promotional material in the press or on the air, and although this material masquerades as news, its purpose is often hidden.

Publicity is not the whole activity of public relations, According to Shirley Biagi, publicity is strictly a communication function whereas public relations involves a management function as well. Essentially publicity means placing information in a news medium, either in a mass medium such as television or newspapers or in a specialised medium such as corporate, association, trade or industry magazines, newsletters or even brochures. Publicists diseminate information but do not help set the policy.

Rapid strides in communication technologies have changed the world, as described by Marshall Mcluhan into a global village in the real terms. The most wonderful of these inventions is, perhaps, the computer which coupled with the satellites and cable has proved itself to be a magic device. These innovations in communications have, on the one hand, made public relations activities easier while, on the other, more challenging, making it inevitable for the public relations departments, specially those working for large organisations, to harness the gadgets for sending their messages to various corners of the globe instantly. In the following lines we will discuss some of the computer-based communications innovations which have taken off the ground, at least, in the developed world.

(a) Teletext and Videotex

Both teletext and videotex are electronically generated letters, numbers, symbols and graphics that are read from the TV screen or the home computer monitor. Both systems are computer-based: Copy is entered into a computer at a central location for transmission to the home.

These new technologies, which have been dubbed as “electronic publishing”, function as an electronic newspaper or magazine. Webzines (electronic magazines) are fast emerging • as the magazines of the future.

Videotex: Videotex is two-way communication. It’s delivered to the home via a cable TV system or the telephone lines, which allow more items to be transmitted than a TV signal does. In Europe, where this technology originated, delivery of the electronic messages is called view data.

Videotexmessages are delivered to the home, through a decoder on the TV set. They can also be sent directly to home computers. (Media Writing PP 126-128) by Doug Newsom and James A. Wollert). A videotex subscriber can demand the videotex central computer for specific information while a teletext subscriber can’t place an order for personalised information.

In the form of electronic or E-mail computer is again providing a tremendous service to the mankind. Through this rapid mode of communications distances of months, weeks and days have been reduced into seconds. A person who wishes to sent a message types the text into a computer and then feeds the information to a satellite uplink On the other end, a downlink decodes the message and the letters appear on the computer screen of the addressee. E-mail is proving to be very useful for public relations departments whose personnel are always in touch with various public – trade union, media, stockholders, suppliers, distributors, top management, employees, etc.—for cultivating good relations with them and also for developing a good image Of the organisation. In addition to uses listed above computer is also very useful in grafting, composing and editing press releases, features, articles, brochures, booklets, etc. and also for storing and retrieving of information.

Satellite is a space vehicle designed to follow a predetermined route, usually orbiting the earth, for the purpose of collecting and transmitting information. They actually act as radio relay stations, receiving electronic messages from the ground that are transmitted through ‘uplinks’ in earth stations, the Satellite then retransmit them to dishes in other earth stations ‘downlinks’.

The satellites revolve around the earth at the same speed it rotates on its axis, so they are constantly in the same position in relation to the earth stations.

Satellite is a useful public relations tool for big multinational firms, and organisations having scattered publics and interests. Some religious organisations also use satellite transmission to influence audiences’ beliefs and attitudes, actions and motives.

Like other walks of life, new communications technologies have pervaded into each and every activity/operation of public relationing. Public relations departments today make full use of the modern technologies and shape and adapt their communication tools on modern lines. For instance, in the old days the public relations departments used to send their news releases to the media organisations in the printed form only, but today this trend is changing fast. Public relations departments of big firms not only rely on text of news release but also picturise their operations and activities and send their films to the television Stations along with a copy of text: Its aims are: (1) to provide TV station full information, (2) make it easier for TV to relay the news story along with the vistuals to attract audience attention, and (3) enhance credibility and good image of the organisation.

Fax or facsimile has rendered and established itself in a variety of communication services both commercial and noncommercial. For a public relations department it has become an inevitable tool due to its varied applications The fax machine provides-a dependable connection with media organisations and other segments like the management, suppliers, distributors, stockholders who greatly matter for the organisation. It has diminished delays. In a situation where delays of a day or more, as imposed by the postal system, are prohibitive, fax stands ready to get the message through in a matter of minutes or seconds thus enabling the public relations officer to transmit the news release or photo of an event, which may happened even late in the night, just minutes Before the deadline of the last edition.

Not necessarily every group of publics of an organisation has the facility of modern communications. In such a case courier- services prove very helpful for a public relations dopartmenc4n getting important and urgent messages delivered promptly .Though courier services comparatively take more time ith’an fax or E-Mail but even then these services are more prompt and dependable than the ordinary mailing arrangements. Courier services personalise the messages and create a sense of association and kinship which is what the public relations department tries to achieve.