What does the Cultivation theory propose?

Gerbner’s cultivation theory says that television has become the main source of storytelling in today’s society.  Those who watch four or more hours a day are labeled heavy television viewers and those who view less than four hours per day, according to Gerbner are light viewers.  Heavy viewers are exposed to more violence and therefore are effected by the Mean World Syndrome, an idea that the world is worse than it actually is.  According to Gerbner, the overuse of television is creating a homogeneous and fearful populace.

The cultivation theory is a scientific theory.  Epistimologically speaking, Gerbner believes in one truth.  The theory does not believe television viewers have a choice in whether they are effected by media violence or not.  Lastly, Gerbner allows some of his own values to enter into the theory by deciding what to consider violence and by assigning a numerical value to heavy television viewing.  Gerber’s idea of the effects heavy television viewing is intriguing.  There is definitely support to show that those who watch great amounts of television do experience the mean world syndrome, the definition of ‘heavy’ needs to be reexamined.  Gerbner defines heavy television viewing as watching four or more hours a day.  The idea of setting a numerical value to try to equate heavy influence to a mass populace is suspect.  While the theory does contain some holes it adequately opens the discussion dealing with effects of the media upon viewers.

Ideas and Implications: The effects of Gerbner’s mean world syndrome can easily be seen in nursing homes.  Many occupants of nursing homes watch many hours of television per day without leaving their rooms to actually see what the real world is like.  Having only the media to guide their interpretation of the ‘real world’, nursing home residents believe that the world is a corrupt and violent place.

Researcher George Gerbner and his colleagues at the Annenberg School of Communica­tion at the University of Pennsylvania developed the cultivation theory using what was probably the longest-running and most extensive program of research on the effects of television. Gerbner argues that television has become the central cultural arm of American society. “The television set has become a key member of the family, the one who tells most of the stories most of the time,” Gerbner and his associates have written (Gerbner, Gross, Morgan, & Signorielli, 1980, p. 14). Gerbner points out that the average viewer watches television four hours a day. The heavy viewer watches even more. For heavy viewers, tele­vision virtually monopolizes and subsumes other sources of information, ideas, and con­sciousness, Gerbner says. The effect of all this exposure to the. same messages produces what Gerbner calls cultivation, or the teaching of a common worldview, common roles, and common values. Gerbner presents research Supporting cultivation theory that is based on comparisons of heavy and light television viewers. Gerbner analyzed answers to questions posed in surveys and found that heavy and light television viewers typically give different answers. Furthermore, the heavy television viewers often give answers that are closer to the way the world is portrayed on television.

For instance, surveys have asked what percentage of the world’s population lives in the United States (Gerbner & Gross, 1976b). The correct answer is 6 percent. Heavy television viewers tend to overestimate this figure much more than light television viewers. Of course, the leading characters in television entertainment programs are almost always Americans.

In response to a question like “Can people be trusted?” the heavy television viewers are more likely than the light viewers to check a response such as “Can’t be too careful.”

The responses to such questions suggest that heavy television viewers are getting a heightened sense of risk and insecurity from television. Television may be leading heavy viewers to perceive a “mean world.” Gerbner suggests that this may be one of the primary, and widely shared, cultivation effects due to television.

Gerbner has shown that the differences between heavy and light television viewers show up even across a number of other important, variables, including age, education, news read­ing, and gender (Gerbner & Gross, 1976a). That is, Gerbner realized that the relationship between television viewing and different views of the world could be actually caused by other variables, and he attempted to control for those variables.

Gerbner’s procedures have not satisfied all other researchers, however. Gerbner’s re­search has been criticized by Paul Hirsch for not doing an adequate job of controlling for other variables. Hirsch’s (1980) further analysis indicated that if one controls for a number of different variables all at the same time, the effect that is left that can be attributed to television becomes very small.

In response to Hirsch’s criticisms, Gerbner has revised cultivation theory (Gerbner et al., 1980). He has added two additional concepts—mainstreaming and resonance. These concepts take account of the fact that heavy television viewing has different outcomes for different social groups. Gerbner says mainstreaming occurs when heavy viewing leads to a convergence of outlooks across groups. For instance, heavy viewers in both low-income and high-income categories share the view that fear of crime is a very serious personal problem. Light viewers in the two categories, however, do not share the same view. The light viewers who are low in income tend to agree with the heavy viewers in both categories that fear of crime is a problem, While the light viewers who are high in income tend not to agree that fear of crime is a problem.

Resonance occurs when the cultivation effect is boosted for a certain group of the popu­lation. For instance, heavy viewers among both males and females are more likely than light viewers to agree that fear of crime is a serious problem. But the group that agrees the most strongly is females who are heavy viewers, because their particular vulnerability to crime is said to “resonate” with the portrait of a high-crime world presented on television.

The addition of mainstreaming and resonance to cultivation theory is a substantial mod­ification of the theory. The theory no longer claims uniform, across-the-board effects of television on all heavy viewers. It now claims that television interacts with other variables in ways such that television viewing will have strong effects on some subgroups of persons and not on others. Gerbner is also admitting that Hirsch was right on one important point—when one controls for other variables simultaneously, the remaining effect attribut­able to television is rather small. Nevertheless, in light of the cumulative effects over time of the substantial exposure to television that most people (in the United States, at least) are receiving, the effects might not be negligible.

Rubin, Perse, and Taylor (1988) cast further doubt on cultivation as a general, across- the-board effect due to heavy, ritualistic television viewing. In their survey of viewers, they found effects of television viewing on perceptions of social reality, but the effects were program specific. That is, viewers of daytime serials tended to score lower in perception of altruism and trust in others, viewers of evening dramas (which often deal with control of others by powerful characters) tended to have lower feelings of political efficacy, and view­ers of action and adventure shows showed more feelings of concern about their own safety. They also found that age, gender, socioeconomic status, viewing intention (planning to watch television), and perceived realism (of television content) were better predictors of faith in others than television exposure. These results provide some evidence that viewers actively and differentially evaluate television content, or, to put it another way, that the television audience is an active one. 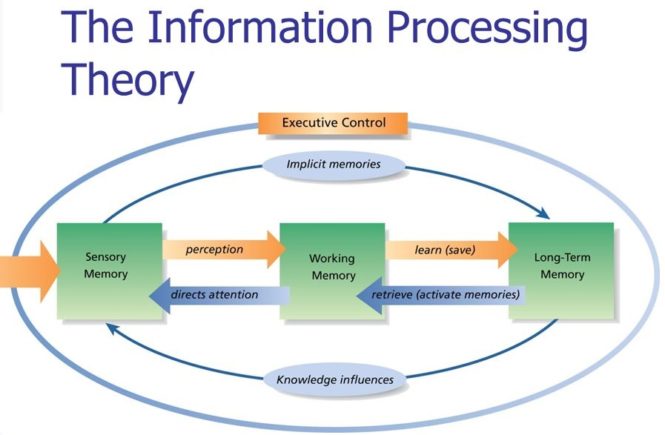