Social norms are described by sociologists as being laws that govern society’s behaviors . Although these norms are not considered to be formal laws within society, they still work to promote a great deal of social control. Social norms can be enforced formally (e.g., through sanctions) or informally (e.g., through body language and non-verbal communication cues.) If people do not follow these norms then they become labeled as deviants and this can lead to them being considered the outcast of society. What is considered “normal” is relative to the location of the culture in which the social interaction is taking place. Norms in every culture create conformity that allows for people to become socialized to the culture in which they live.

Sociology’s theorists such as Talcott Parsons and Karl Marx have both come up with theories for why they believe norms are needed in society. According to Parsons of the functionalist[disambiguation needed] school, norms dictate the interactions of people in all social encounters. On the other hand, Marx believes that norms are used to promote the creation of roles in society which allows for people of different levels of social class structure to be able to function properly . Marx claims that this power dynamic creates social order.

As social beings, individuals learn when and where it is appropriate to say certain things, to use certain words, to discuss certain topics or wear certain clothes, and when it is not. Thus, knowledge about cultural norms is important for impressions, which is an individual’s regulation of their nonverbal behavior. One also comes to know through experience what types of people he/she can and cannot discuss certain topics with or wear certain types of dress around. Typically, this knowledge is derived through experience (i.e. social norms are learned through social interaction) . An example of the need to police his or her behavior would be when people go to a job interview in the white collar work force and dress properly in order to give a great first impression so that they get the job.

Example of a norm:

Norms affect the way one behaves in public. When one enters an elevator, it is expected that one turns around to face the doors. An example of a social norm violation would be to enter the elevator and remain facing the rest of the people. People conform to society by following social norms. Another example would be tipping a waitress at a restaurant; a violation of that social norm would be not tipping the waitress. The community has much to do with the development of social norms. A person that chooses to throw trash away in a garbage can is following social norms, but an individual violating the norm would choose to litter. Although it is not illegal to not be courteous it is a social norm. A man holding the door for a woman is considered to be a social norm; a man violating the social norm would choose to not open the door for the woman and let her enter first.

Norms ensure that social life proceeds smoothly, for they give us guidelines for our own behaviour and reliable expectations for the behaviour of others. This social function of norms is so important that there is always strong social pressure on people to conform. But although most of us conform to most norms most of the time, all of us tend to violate some norms occasionally. In the case of certain norms, the folkways, a fair amount of non-conformity may be tolerated, but in the case of certain other norms, the mores, very little range is permitted.

The folkways are the ordinary usages and conventions of everyday life. Conformity to them is expected but is not absolutely insisted upon We expect people to refrain from blowing their noses in public, to turn up on time for appointments, and to wear a matching pair of shoes. Those who do not conform to these and similar folkways are considered peculiar and unconventional, particularly if they consistently violate a number of folkways. But they are not considered immoral or corrupt, nor are they treated as criminal’. People are not deeply outraged by violations of folkways and on the whole are tolerant of a certain amount of nonconformity to them.

The mores are much stronger norms. People attach a moral significance to them and treat violations of them very seriously. A man who walks down a street wearing nothing on the upper half of his body is violating a folkway; a man who walks down the street wearing nothing on the lower half of his body is violating one of our most important mores. Theft, drug abuse, murder, rape, desecration of the Pakistani flag, or contemptuous use of religious symbols all excite a strong social reaction. People believe that their mores are crucial for the maintenance of decent and orderly society, and the Folkways

offender may be strongly criticized, punched, imprisoned, committed to a mental asylum, hanged, or even lynched. Violations of some mores are made almost unthinkable by taboos -powerful social beliefs that the acts concerned are utterly hateful. For example, there is a very strong taboo against eating human flesh, a taboo so effective that most countries do -not even bother to have laws prohibiting the practice. Some norms, particularly mores, are encoded in laws. Law is simply a rule that has been formally enacted by a political authority and is backed by the power of the state.

The norms of a society are ultimately an expression of its values. Values are the general ideas that individuals share about what is wrong or right, good or bad, desirable and undesirable. Unlike norms ~ the rules that govern behaviour in actual situations with other people — values are broad and abstract.

The values of a society are important because they influence the content of its norms. If a society values education highly, its norms will make provision for mass schooling. If it values a large population, its norms will make provision for big families. If it values monogamy, its norms will not permit people to marry more than one partner at a time. The norms that prescribe the routines of office work and assembly-line production, for example, reflect the high value we place on efficiency. The norms that require a student to be more polite and formal to a professor than to fellow students express the value our society places on respect for authority and learning. The norms that insist on short hair for men reflect the very high value placed on men’s masculinity in a culture.

Although all norms express social values, many norms persist long after the conditions that gave rise to them have been forgotten. The folkways that require us to shake hands, especially when greeting a stranger, seems to have originated long ago in the desire to show that no weapon was concealed in the right hand. Our folkway of showering a new bride and groom with nuts and sweets as they emerge from the wedding ceremony may seem rather meaningless, but it actually reflects the high value that is placed on fertility.

In its sociological sense, a group is a collection of people interacting together in an orderly way on the basis of shared expectations about each other’s behaviour. As a result of this interaction the members of a group feel a common sense of “belonging.” They distinguish members from nonmembers and expect certain kinds of behaviour from one another that they would not necessarily expect from non-members. The essence of a group is that its members interact with one another. As a result of this interaction, a group develops an internal structure. People form groups for the purpose that cannot be achieved through individual efforts. The fact that groups share common goals means that the members tend to be generally similar to one another in those respects that are relevant to the group’s purpose. For example, if the goals of the group are political, the members tend to share similar political opinion. The more, the members interact within the group, the more they are influenced by its norms and values and the more similar they are likely to become. 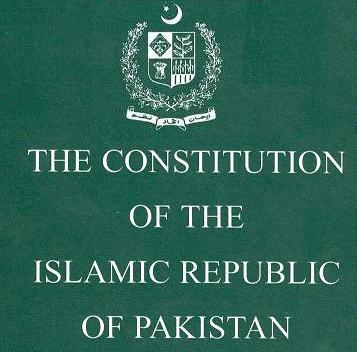