What is Social Change?

Heraclitus said that it is impossible for a man to step into the same river twice. It is impossible for two reasons: the second time it is not the same river and the second time it is not the same man. In the interval of time between the first and the second stepping, no matter how short, both the river and the man have changed. Neither remains the same. This is the central theme of the Heralictean philosophy — the reality of change, the impermanence of being, the inconsistency of everything but change itself. The Social Order, 1970 (3rd ed.), Robert Bierstedt, P. 509

Social change is the alternation in pattern of social structure, social institutions, and social behaviour over time. There is distinction between social change-changes in the social structure and social relationships of a society – and cultural change – changes in to the culture of a society. Some social changes might include changes in the age distribution, average educational level, or birth rate of a population; or the decline of informality and personal neighborliness as people shift from village to city; or the change on the relationship between workers and employers when unions become organized; or the change of the husband from the boss to a partner in today’s democratic family. Cultural changes might include such things as the invention and popularization of the automobile; the addition of new words to the language; changing concepts of morality; new forms of music, or art. Yet the concepts overlap. The trend toward sex equality involves both a changing set of cultural norms concerning male and female roles and some changing social relationships as well. Nearly all important changes involve both social and cultural aspects. In practice, therefore, the distinctions not important, and the two terms are often used interchangeably. In the literature of sociology, usually the term socio-cultural change is used to include changes of both kinds. Sociology, 1984, (6th ed.), P.B. Horton and C.L. Hunt, 510, 511. The early theorists evolutionary) believe that there is no distinction between “change” and “progress” and believe that social “change” means “progress” toward something better. In the nineteenth century, it was generally accepted that “change” meant “progress,” and that progress was inevitable.

But on the other hand, Horton and Hunt (Sociology, 6th ed., 1984) argue that there is an important distinction between social change and progress. The term “progress” carries a value judgement. Progress means change in a desirable direction. Desirable as measured by whose values? Are dish antenna, pop music, atomic bomb, court marriage, the abolishment of death sentence for women desirable? Not all Pakistanis are agreed. Since progress is an evaluative term, social scientists prefer the neutrally descriptive term “change”.

Changes in human societies are not so easily investigated. Each society is unique, nd any changes that take place are likely to result from a whole complex of interacting factors – environmental, technological, personal, cultural, political, religious, economic, and so on. To discover the causes of change is therefore very difficult indeed – especially as we cannot “rerun” history or conduct laboratory experiments in large -scale social change to test our theories. And because each society is unique, we must be hesitant about using the experiences of one society as the bails for confident predictions about change in another. But these problems are not impossible to overcome; they are merely difficult. In principle, we should be able to understand social change. It is a basic assumption of science that all events have causes. If this were not so, the social and physical world would be unintelligible to us. Sociology is still an infant science, dealing with a very complicated subject, but we already have a good understanding of the process of social change.

Social change is not the topic of sociology alone. The disciplines of history and anthropology are also interested in this topic. All these three disciplines have proposed a number of general theories about social change. They can be grouped into for main categories: evolutionary, cyclical, functional, and conflict theories.

Evolutionary theories are based on the assumption that societies gradually change from simple beginnings into ever more complex forms. This assumption rests on both cross-cultural and historical evidence. We know from the cross-cultural evidence that there have been and still are many small-scale and simple societies, such as those of hunters and gatherers, horticulturalists, and pastoralists. We know from the historical evidence that many small and simple societies have grown steadily larger, and some of them have been transformed into the huge industrial societies of the modern world.

The early theorists believed that human societies evolve in a Unilinear way-that is, in “online” of development that continues in every society. They believed that social change meant progress toward something better. They saw change as positive and beneficial, because the evolutionary process implied that societies would necessarily reach new and higher levels of civilization. This evolutionary view of social change drew much of its impetus from Charles Darwin’s book “On the Origin of the Species,” (1859). Darwin had shown that all life forms had evolved from distant origins and that the general direction of biological evolution was toward greater complexity. Other sociologists immediately applied this theory to human society. If human beings had evolved from some primitive states, it followed that at some time in the past they must have been entirely within culture. The cultures of different societies around the world offered glimpses of what culture must have been like at different stages of the evolutionary process.

Herbert Spencer, a sociologist, carried this Darwinian resemblance to its utmost limits. He argued that society itself constituted on organism, with its different parts playing roles similar to those of the different organs and limbs of an animal. He even applied Darwin’s principle of “the survival of the fittest ” to human societies. This view, known as “social Darwinism”, won wide acceptance in the late nineteenth century.

The modern anthropologists see the process of social change as a tendency, not a universal law. They point out, however, that societies generally tend to move from small- scale and simple forms of social organization to large-scale and complex forms. Modern anthropologists agree that this evolutionary process is multiplinear. In other words, it can take place in many different ways and change does not necessarily follow exactly the same direction in every society. They no longer believe that “change” necessarily means “progress.”

The cyclical theorists also see a series of stages through which societies must pass. But, instead of ending in a “final” stage of perfection, they see a return to the starting point for another round. According to Oswald Spengler (1880-1936), a German philosopher, each great civilization passing through successive stages of birth, growth, and decline, with the completed cycle covering about a thousand years.

Pitirim Sorokin (1889-1968), claimed that all great civilizations are in an endless cycle of three cultural systems:

i) the ideational culture, guided by supernatural beliefs and values;

–             the idealistic culture, in which a blend of supernatural beliefs and evidefice- based rationality created the ideal society; and

Arnold Toynbee (1889-1975), an English historian, also viewed the fate of great civilization as birth, growth, decay, and death. All these theories are interesting, and all are supported by mountain of supporting detail. But these theories do not explain “why” civilizations change as they do, or why different societies respond so differently to a challenge; the theories are entertaining but not entirely convincing.

Functionalist theories of social change start with the advantage that they deal with social statics before dealing with social dynamics. In the opinion of some critics, however, their very emphasis an,,social order and stability has prevented them from giving an adequate theory of social change. The functionalist perspective was introduced into modern sociology be Emile Durkheim, who examined several aspects of society by asking what function they played in maintaining the social order as a whole. Religion, he argued, had the function of providing a common set of values that enhanced the social solidarity of the believers; the education had the function of passing culture from one generation to the next; economic institution regulated the production and distribution of wealth; and family raises and socialized the children. Talcott Parson, an American sociologist, developed a general theory of social order based on the Functionalist perspective. He sees change not as something that disturbs the social equilibrium but as something that alters the state of the equilibrium so that a qualitatively new equilibrium results. He acknowledges that changes may arise from two sources. They may come either from outside the society, through contact with other societies, or they may come from inside the society, through adjustments that must be made to resolve strain within the system. According to him, in simple societies, institutions are undifferentiated: that is, a single institution serves many different functions. The family, for example, is responsible for reproduction, education, economic production, and socialization. As a society becomes more complex, a process of differentiation takes place. Different institutions, such as schools and corporations, emerge and take over the functions that were previously undifferentiated within a single institution. But the new institutions must be linked together once more, this time by the process of integration. New norms, for example, must evolve to govern the relationship between the school and the home, and bridging institutions, such as law courts must resolve conflicts between other components in the system.

Karl Marx is the prominent exponent of conflict theory. He believed that the character of social and cultural forms is influenced by the economic base of society – specifically, by the mode of production that is used and by the relationships that exist between those who own and those who do not own the means of production. History is the story of conflict between the exploiting and the exploited class. This conflict repeats itself again and again until capitalism is overthrown by the workers and a socialist state is created. Socialism is the forerunner to the ultimate social form, communism. The essential point is that Marx and other conflict theorists after him see society as fundamentally dynamic, not static. They regard conflict as a normal, not an abnormal process, and they believe that the existing conditions on any society contain the seeds of future social changes. 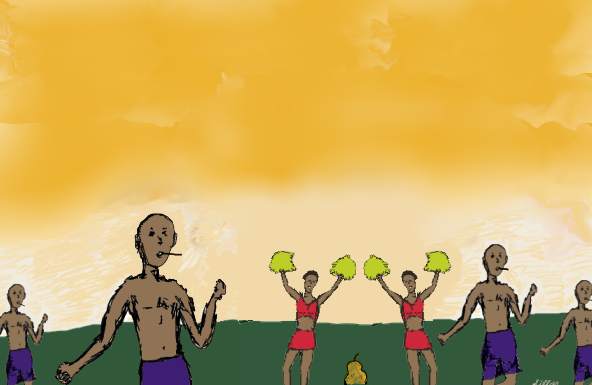