Discuss the concept of Stock Market with special reference to Pakistan.

A stock exchange is an organized market place in which securities such as bonds and common and preferred stocks are bought and sold. The origins of today’s stock exchanges unusually were informal gatherings of merchants and others who traded securities. The Stock Exchange for Stock Market is the market place of join stock companies, where stock certificates of big business enterprises, debentures, government bonds and bills of exchange are bought and sold. Those who have surplus cash with them and are interested to earn interest or profit without doing business by themselves purchase shares or bonds etc. at the stock exchange. In case they fall in need of money they sell these financial assets at the stock exchange.

Role and Performance of Stock Exchange

Money invested in stock exchange plays the double role for investment. On one hand, it earns interest or profit for the investors and. on the other hand, it is used by companies or government in business enterprises. Thus, money supply increases to the extent by which investment is made by the people in the stock exchange. In this way. stock Exchange is a source of money supply in a country.

The common stock, held by the majority of shareholders, represent a residual interest in the company. Dividends paid on common stock fluctuate with the earnings of a company. However, low dividends do not necessarily suggest low profitability. When a company is expanding it may decide to forge dividends in order to plough back profits and finance growth from retained earnings. Shareholders in such case would be willing to forge lower dividends, now in anticipation of even higher profits and dividends in the future.

Following documents or financial assets are traded in the stock exchange; Shares

In order to expand their business joint stock companies sell debentures to get loans from the people at a certain rate 01 interest. Debenture is therefore a loan document. The debenture holder does not share the profit/loss of the company like a shareholder.

It is also a loan document on which joint stock companies or government gets loan from the people at a certain rate of interest. who-so-ever holds bond is its owner e.g. prize bonds in Pakistan; but debenture can only 1- held by a person in whose name it is issued.

Brokers are members of the stock exchanges but an outsider can also use the exchange by employing a member as an agent. The broker can reject this relationship and this occasionally happens when a broker considers an account too small to be acceptable and establishes minimum acceptable limits or is willing to accept only certain kinds of business, for example institutional accounts or active trading accounts. Once the Order is placed and accepted, the relationship becomes one o. principal-agent, as an agent the broker has a fiduciary duty to act in good faith with respect to his customer. Arguably, the most significant task a broker is expected to perform is obtaining the best available price in the execution of customer orders.

The price of membership varies with the performance of the stock market a id the amount of income from brokerage business. It increased from a mere Rs.0.3 million 1985 to Rs.12.5 million during the boom in 1994. There is generally a difference in the unofficial and official price of seats as there is a 12.5% tax on the sale of a seat.The required qualification for a member is as follow:

–        Should not have been convicted of any offense involving fraud or breach of trust.

–        Should not have been adjudicated as insolvent or suspended payment or compounded with creditors.

–        Should be experienced in the brokerage business for a period of not less than two years (this condition can be waived when such a person is in respect of means, integrity and background considered by the Governing Body to be otherwise qualified for membership).

–        A specified net capital balance has to be maintained in the capital account at all times.

The role of brokers can be termed “as one of dual capacity where brokers act as jobbers for their own portfolios and as brokers for their clients. It is important that these functions when performed by the same brokerage house are kept separately apart. It is not uncommon for brokers to quote the highest price when a stock has to be purchased and quote the lowest price for a sale to clients. In addition, brokers are allowed to raise corporate finance for their clients prompting the stockpiling or dumping of stocks on the basis of privileged information.

Status of the Stock Market in Pakistan

The market’s growth since 1990, however, is truly phenomenal and unprecedented in the history of the exchange. The table presented below illustrates both the increase in breadth as well as depth of the market since 1989. The number of companies listed on the KSE increased rapidly from 487 in 1990 to 683 in June 1994. At the same time listed capital rose from Rs.28 billion to Rs.77 billion, an increase of 175%, while market capitalization increased from Rs.53 billion to Rs.416 billion, an increase of 685%. The average daily turnover of shares grew tenfold from 1 million shares to over 10 million shares during the same period. Share ownership broadened with the number of shareholders rising from 300,000 in 1990 to 1.5 million in 1994. While prior to 1990, 95% of all shareholders were based in Karachi the percentage has declined to 60%, reflecting growing geographical dispersion in share ownership.

By the end of 1991, Pakistan’s equity market had been ranked second among the five leading emerging capital markets in the world, by the International Finance Corporation in terms of the return obtained by investors. The surge of activity in the equity market was the result of a concerted programme of liberalization and deregulation of the financial sector initiated by the GOP in 1989.

Transactions are recorded on the ready board. In terms of listed capital the textile sector, the financial sector and fuel and energy have the largest share.

The daily turnover of shares at the KSE which was recorded at 1.12 million in WO and 13.18 million in 1995 increased to 42.17 million in 1996. During July-March 095-96 the number of listed companies increased by 33 as compared to 56 in the same period last year. As on 30th March 1996, total number of listed companies stood at 775. “he total turnover of shares recorded unprecedented growth of 148 percent over the same period last year from 1421 million shared during the first nine months of 1994-95 to 524 million shares in the first nine months of the current year. The amount of fund capitalized during the current year amounted to Rs. 15.17 billion compared to Rs. 35.62 million in the same period last year. The market capitalization and the KSE 100- . companies Index have however, showed a declining trend compared to last year’s.

The Islamabad Stock Exchange (ISE) was opened in August 1992. Investment and industrialization activities in the northern area of the country are being promoted by the ISE. The performance of ISE during the period under review was encouraging. The analysis of the available data indicates that the total turnover of shares and total paid-up- Capital increased by 173 percent and 30 percent respectively during July-March 1995-96 compared to the same period last year. A total of 25 new companies have been listed during this period as against 23 companies listed during the comparable previous period. Total trading in this period was 1 14.453 million shares. Government has taken various measures for strengthening capital market. Some important measures relating to the capital market are as Under:

–         Foreigners and overseas Pakistanis are now allowed to make new investments without any prior approval.

–         Remittances of dividends and disinvestment proceeds no longer require the State Bank’s, permission.

–         Access to borrowings by foreign companies has been greatly liberalized. 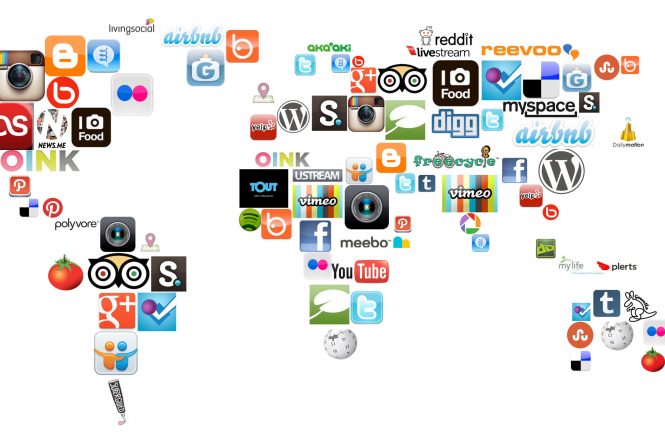