Differentiate between balance of payment and balance of trade. Also discuss the role of International Monetary Fund in the economy of Pakistan.

According to the original concept, the balance of international payments of a country (the home country) equalled the net receipts or payments, or changes in the holdings of such internationally accepted media of exchange by its residents resulting from their transactions with residents of foreign countries. These transactions include current as well as capital transactions. Current transactions consist of international trade. in tangible goods as well as services (such as pensions and government grants). Capital transactions consist of purchases or sales by domestic residents of assets held abroad by foreign residents of assets held in the home country. Such assets include direct investments, i.e. equity interests in foreign enterprises and other property located in foreign countries providing a significant influence over their management and loan between the investors and such foreign affiliates; other securities; loans by government: loans by banks and others to unaffiliated foreign residents including trade credits; and bank deposits. Capital transactions under this concept do not include, however, changes in the holdings by domestic residents of internationally accepted media of exchange, since these changes are the counterpart, and the measure of the balance on the other transactions.

When the balance of payments is favourable for a country that particular country would most probably use its excess receipts on making investment in other countries, b_ gold from the international market or even give loans to countries in great need.

For the purpose of classifying a country’s economic transactions and balancing its payments the government must keep three separate recorded i.e. current account of the balance of payments, capital account (loans) and the account of gold and foreign exchange reserves.

An example of the Balance of Payments is given in the following Table:

The balance of payments position in Pakistan during the first half of the current year 1995-96 came under pressure due to decline in exports coupled with higher imports. The corrective measures were taken in October 1995 which include devaluation of Pak- rupee by 7 percent against US dollar and imposition of a regulatory duty of 10 percent on imports. As a result trade balance started to improve and by July-March 1995-96, exports witnessed an increase of 9.3 percent (fob). During July-March 1995-96, the private unrequited transfers (net) rose by $ 24 million and totalled at $ 1792 million over the level of $ 1768 million recorded in the same period last year. Thus, the current account balance was in deficit by $ 3308 million. The position of foreign exchange reserves remained comfortable in this period.

The balance of international trade of a country is the difference between its exports and imports. A narrow definition of exports and imports includes only tangible goods. A broader definition would cover products of factors of production in all forms, such as services related to international transportation and travel, insurance, the planning and supervision of construction projects, management assistance, the work performed by migratory workers, and incomes from royalties and from international investments.

Balance of Trade can be seen from the record of receipts for visible exports and payments on visible imports. The balance of trade record may show the accounts of exports and imports which are merchandised in nature e.g. wheat, rice, cotton, jute, machinery etc. by comparing in export receipts and import payments of such goods we will be in a situation to consider whether the balance of trade for a country is favourable or unfavourable. Supposing that the receipts are equal to the payments, this means that trade is neither favourable nor unfavourable for the country. Trade is considered to be favourable for a country when its export receipts are greater than import payments and will be considered unfavourable when the situation is reversed.

The purpose of the International Monetary Fund (IMF) is to promote international monetary cooperation through a permanent institution which provides the machinery for consultation and collaboration on international monetary problems. Specifically, the function pf the IMF is to pfomote orderly and stable foreign currency exchange markets, to facilitate international trade, and to contribute to balance of payments adjustment. To further these objectives, the IMF makes financial resources available to its member countries in times of balance of payments difficulties.

The main purpose of the Fund are:- 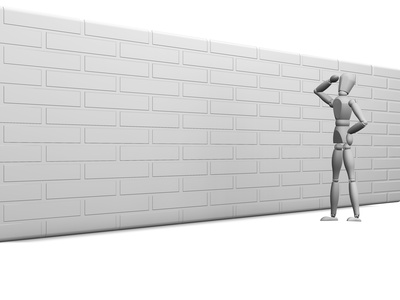