The geostationary orbit is useful for communications applications because ground based antennae, which must be directed toward the satellite, can operate effectively without the need for expensive equipment to track the satellite’s motion. Especially for applications that require a large number of ground antennae (such as direct TV distribution), the savings in ground equipment can more than justify the extra cost and onboard complexity of lifting a satellite into the relatively high geostationary orbit.

Molniya orbits can be an appealing alternative in such cases. The Molniya orbit is highly inclined, guaranteeing good elevation over selected positions during the northern portion of the orbit. (Elevation is the extent of the satellite’s position above the horizon. Thus a satellite at the horizon has zero elevation and a satellite directly overhead has elevation of 90 degrees.

Furthermore, the Molniya orbit is so designed that the satellite spends the great majority of its time over the far northern latitudes, during which its ground footprint moves only slightly. Its period is one half day, so that the satellite is available for operation over the targeted region for eight hours every second revolution. In this way a constellation of three Molniya satellites (plus in-orbit spares) can provide uninterrupted coverage.

Molniya satellites are typically used for telephony and TV services. Another application is to use them for mobile radio systems. The first satellite of Molniya series was launched on April 23, 1965 and was used for experimental transmission of TV signal from Moscow uplink station to downlink stations, located in Russian Far East, in Khabarovsk, Magadan and Vladivostok.

LEO satellites are less expensive to position in space than geostationary satellites and, because of their closer proximity to the ground, require lower signal strength. So there is a trade off between the number of satellites and their cost. In addition, there are important differences in the onboard and ground equipment needed to support the two types of missions.

The first and still, arguably, most important application for communication satellites is in international telephony. Fixed-point telephones relay calls to an earth station, where they are then transmitted to a geostationary satellite. An analogous path is then followed on the downlink. In contrast, mobile telephones (to and from ships and airplanes) must be directly connected to equipment to uplink the signal to the satellite, as well as being able to ensure satellite pointing in the presence of disturbances, such as waves onboard a ship.

Hand held telephony (cellular phones) used in urban areas do not make use of satellite communications. Instead they have access to a ground based constellation of receiving and retransmitting stations.

There are two types of satellites used for television and radio:

Direct Broadcast Satellite (DBS): DBS is a term used to refer to satellite television broadcasts intended for home reception, also refered to as direct-to-home signals. It covers both analogue and digital television and radio reception, and is often extended to other services provided by modern digital television systems, including video-on-demand and interactive features. A “DBS service” usually refers to either a commercial service, or a group of free channels available from one orbital position targetting one country.

Fixed Service Satellite (FSS): FSS is the official classification for geostationary communications satellites used chiefly for broadcast feeds for television and radio stations and networks, as well as for telephony, data communications, and also for Direct-To-Home (DTH) cable and satellite TV channels. Before the advent of direct broadcast satellite or DBS, technology, FSS satellites were used for DTH satellite TV from the late 1970s into the 1980s, up until the first DBS television system was launched in 1989 for Sky TV in the UK, with DirecTV following suit in the USA in 1994. FSS satellites were the first geosynchronous communications satellites launched in space (such as Intelsat 1 (Early Bird), Syncom 3, Anik 1, Westar 1, Satcom 1 and Ekran).

Systems used to receive television channels and other feeds from FSS satellites are usually referred to as TVRO (Television Receive Only) systems, as well as being referred to as big-dish systems (due to the much larger dish size compared to systems for DBS satellite reception), or, more pejoratively, BUD, or big ugly dish systems.

Television or Community Antenna Television (CATV) is a system for distribution of audiovisual content for television, FM radio and other services to consumers through fixed coaxial cables, avoiding the traditional system of radio broadcasting antennas (broadcast television) and have widespread use, mainly through the pay-TV services.

Technically, the cable TV involves the distribution of a number of television channels received and processed in a central location (known as head-end) to subscribers within a community through a network of optical fibre and/or coaxial cables and broadband amplifiers.

The use of different frequencies allows many channels to be distributed through the same cable, without separate wires for each, and the tuner of the TV or Radio selects the desired channel from among all transmitted.

A cable television system begins at the head end, where the program is received (and sometimes originated), amplified, and then transmitted over a coaxial cable network.

The coaxial cable has a bandwidth capable of carrying a hundred television channels with six megahertz of bandwidth each, but the signals decay quickly with distance, hence the need to use amplifiers to “renew” the signals periodically to boost them.

Backbone trunks in a local cable network frequently use optical fibre to minimize noise and eliminate the need for amplifiers as optical fibre has considerably more capacity than coaxial cable and allows more programs to be carried without signal lost or noise adding.

Most of the TV tuners are able to directly receive the cable channels, which are usually transmitted in the RF (radio frequency) band, however, many programs are encrypted and subject to a tariff itself and in such cases, you must install a converter between the cable and the receiver.

Initially available for broadcast to stationary TV receivers, popular mobile direct broadcast applications made their appearance with that arrival of two satellite radio systems : Sirius and XM Satellite Radio Holdings. Some manufacturers have also introduced special antennas for mobile reception of DBS television. Using GPS technology as a reference, these antennas automatically re-aim to the satellite no matter where or how the vehicle (that the antenna is mounted on) is situated. These mobile satellite antennas are popular with some recreational vehicle owners.

Amateur operators have access to the OSCAR satellites that have been designed specifically to carry amateur radio traffic. Most such satellites operate as spaceborne repeaters, and are generally accessed by amateurs equipped with UHF or VHF radio equipment and highly directional antennas such as Yagis or dish antennas. Due to the limitations of ground-based amateur equipment, most amateur satellites are launched into fairly low Earth orbits, and are designed to deal with only a limited number of brief contacts at any given time. Some satellites also provide data-forwarding services using the AX.25 or similar protocols.

In recent years, satellite communication technology has been used as a means to connect to the internet via broadband data connections. This is very useful for users to test who are located in very remote areas, and can’t access a wireline broadband or dialup connection.

Seven models of military drones are involved in the great majority of crashes. The loss of a link between the drone and the ground-control station is a prevalent cause of catastrophic failure. Most drones can operate autonomously for a large amount of time, but if contact is not recovered they will crash after spending their fuel.

Pilots rely on satellites to track drones or planes without pilots:

If the communication link is lost, the drone is programmed to fly autonomously in circles, or return to base, until the link can be reconnected. 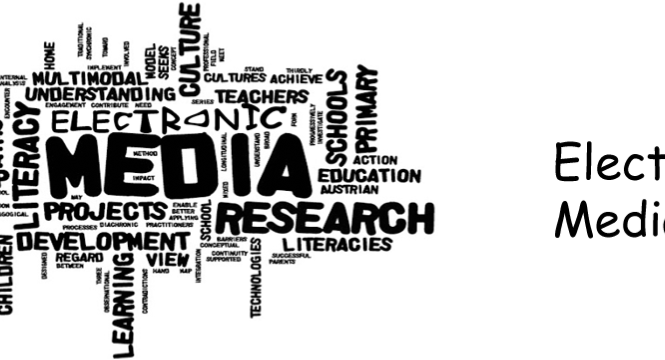