The way we perceive ourselves in relation to the rest of the world plays an important role in our choices, behaviors and beliefs. Conversely, the opinions of others also impact our behavior and the way we view ourselves. Social psychology is a branch of psychology concerned with how social phenomena influence us and how people interact with others

Understanding social psychology can be useful for many reasons. First, we can better understand how groups impact our choices and actions. Additionally, it also allows us to gain a greater appreciation for how our social perceptions affect our interactions with other people.

There are some basic aspects of social behavior that play a large role in our actions and how we see ourselves.

Research in psychology is conducted in broad accord with the standards of the scientific method, encompassing both qualitative ethological and quantitative statistical modalities to generate and evaluate explanatory hypotheses with regard to psychological phenomena. Where research ethics and the state of development in a given research domain permits, investigation may be pursued by experimental protocols. Psychology tends to be eclectic, drawing on scientific knowledge from other fields to help explain and understand psychological phenomena. Qualitative psychological research utilizes a broad spectrum of observational methods, including action research, ethography, exploratory statistics, structured interviews, and participant observation, to enable the gathering of rich information unattainable by classical experimentation. Research in humanistic psychology is more typically pursued by ethnographic, historical, and historiographic methods.

Psychometrics is the field of psychology concerned with the theory and technique of psychological measurement, which includes the measurement of knowledge, abilities, attitudes, and personality traits. Measurement of these unobservable phenomena is difficult, and much of the research and accumulated knowledge in this discipline has been developed in an attempt to properly define and quantify such phenomena. Psychometric research typically involves two major research tasks, namely: (i) the construction of instruments and procedures for measurement; and (ii) the development and refinement of theoretical approaches to measurement.

Psychology is a science and therefore, must be approached as such. This means that the scientific method must be used, especially in designing an experiment.

There are several research methods that psychologists employ:

Although there are many different kinds of research designs in psychology, the general kinds of studies are: descriptive or qualitative, correlational, and experimental. The method of data collection also varies, with self-report on one end of the spectrum and naturalistic observation on the other.

Studies that do not test specific relationships between variables are called descriptive studies. In this research method, general or specific behaviors or attributes are observed and measured, without respect to each other. These studies are generally the design of choice for breaking into new areas, as the vast but often inconclusive amount of information collected can be drawn upon for future hypotheses.

An example of such a study would be a researcher inquiring into the quality of mental health institutions. This would be done by observation or measurements of various criteria, as opposed to relationships between variables. Alternatively, the study could be conducted without any specific criteria in mind.

This method of statistical analysis shows the relationship between two variables. For example, research has shown that alcohol dependence correlates with depression. That is to say, the more alcohol people consume, the more depressed they become. On the other hand, it could be the other way around as well: the more depressed people become, the more likely they are to consume alcohol.

The attributes of correlations include strength and direction. The direction may be positive (both variables both increase or decrease together), negative (one variable increases while the other decreases) or unrelated (a random relationship between variables). The strength of a correlation ranges from -1 to +1 with a 0 reflecting no relationship between variables. A correlational study serves only to describe/predict behaviour and not to explain it. This is so because a third variable could be shown to cause the occurrence of one of the variables. Furthermore, only experiments can prove causation.

For instance, in an experiment to test whether music improves people’s memories, we would have a sheet of paper with ten unrelated words on it for people to memorize. The control group would have no music playing in the background while the experimental group would have some music in the background. Because as researchers we have adhered to the scientific method and held all variables as constant as possible, if the experimental group does report better recollection of words, then we could assume that the music had an effect on memory. However, we must be certain to do our best to ensure that any controllable differences between the two groups are eliminated in order to ensure that no confounding variable interferes with the experiment.

The experiment should also be reported so that other researchers can repeat it. If an experiment isn’t repeatable it will not hold much weight in the scientific community. To help an experiment be repeatable the researcher should have the variables be measureable, this is called being empirical.

Wether researching humans or animals the experiment should be ethical. When humans are the subjects they should be informed of what the study is, consent to being in it, be debriefed afterwards, and their information should also be kept confidential.

Researchers study organisms in their natural environments or habitats without trying to manipulate or control anything. In this method, the researcher observes the behavior under study in its natural setting while attempting to avoid influencing or controlling it. The observations are done in a naturalistic setting without any preparation or participation of the researcher. Therefore, the behavior is observed in public places, streets, homes, and schools. Observing people from other cultures response in the same setting is a way to provide information for cross-cultural research.

This method includes tests, questionnaires, and interviews. All of which do the same thing, give the subject a stimuli, i.e. the question, and get a response. The advantage of using these is the ability to inexpensively and rapidly collect vast amounts of data. This allows a psychologist to compare one person, or a group of peoples results to thousands of others. The disadvantage is that they are not always telling what the subject’s response is but what the subject says is the response (demand characteristics).

Once the information is gathered it has to be put into some kind of form, usually numerical. Statistics deals with the collection, analysis, interpretation, and presentation of numerical data. The goal of statistics is to summarize the data and let descriptions or inferences be made. Inferences are used when making predictions of the relationships of variables. Descriptions are concise displays, using statistical symbols of the information in frequency distributions, measures of central tendency, or measures of variability.

There are agreed upon standard symbols used in statistical displays. These symbols can be used by themselves or in equations.

d = difference of a score from the mean

A frequency distribution is obtained by taking the score and splitting them into subgroups. The subgroups are then put on either a histogram (bar graph) or a frequency polygram (line graph). When a frequency distribution has most of the scores on one side of the graph it is considered skewed. If it has most of the scores in the middle with equal amounts on both sides it is considered symmetrical.

In measures of central tendency there is one number that is used to represent a group of numbers. This number is either the mean, median, or the mode.

In the course of treating a patient a psychologist will take records of problems, insights, and techniques that were important in the patients treatment. When this is done is is called a case study or a clinical case history and may be drawn upon by researchers to expose a factor that important for understanding a behavior. 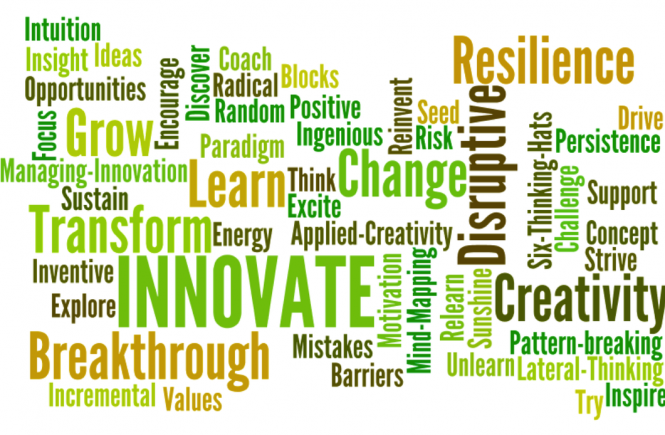