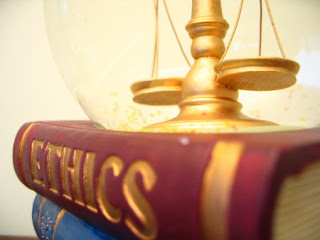 The primary objective of advertising in any society is to influence the independent thinking of the people and change their behaviour. Nevertheless, advertising has also some social responsibilities to inform people of the various choices available and educate them about the superiority of a given product by explaining its characteristics. Thus the consumers can freely decide for themselves as to which product to buy and which product to avoid. There are some areas of concern where advertisers need to be more responsible to community needs. These areas are:

Advertising is considered to be an environmental pollutant: Most advertising is opposed by people because it is difficult to absorb. It is too pervasive and too intrusive in peoples’ personal lives. In this context it is considered a pollutant for mental environment. This is specially true about TV advertising. Television advertising is intrusive as the TV medium reaches a heterogeneous audience of all ages, all educational levels, all religions, all regional and ethnic groups etc. It is often impossible for a commercial to speak openly and constructively to a major section of a TV programme’s audience without seeming inappropriate, boring or even offensive to another segment of the same programme’s audience.

The issues of morals and tastes in advertising: Since advertising is unavoidable, some forms of it may become a burden on the consumer. There are advertisements which may be offensive, misleading or simply annoying. For example, some people who do not drink may consider all liquor’s-advertising as morally offensive. Similarly, in some countries prostitution is legal, but advertisement of prostitutes .is morally offensive. On the other hand, the product itself may not be morally offensive, but its presentation may be in bad taste. Too noisy commercials, overly repetitive commercials and commercials that disregard consumer’s intelligence are considered to be in bad taste. Even though some critics of advertising argue that the advertising is directed towards the audience which is the average mass of people and not the chosen elite. Hence the advertisers advertise what they believe the audience wants to see and hear and they are willing to absorb the

dissatisfaction of a few who may find some advertising below their expected standards of decency. According to Telser, “The critics of advertising deplore the vulgarity and the selfish appeals in advertising. The content of advertising is a reflection of the audience to which it is directed. If we were all philosophers or poets, the content of advertising would change accordingly”. However, inspite of the difference in cultural and educational level of the recipients of such advertisements, it still remains the responsibility and civic duty of the advertiser to truthfully and sincerely inform the consumer of the characteristics and qualities of a product and let the consumer make the decision about buying. So far as advertising and marketing are concerned, the concept of right and wrong, fair and unfair, just and unjust, is reflected either by organisational policies or by society reactions to a given advertisement as a marketing strategy. Archie B. Carroll considers this issue in the following way:

a) Suppose a firm is advertising for vegetable soup on television. Is it ethical to put small marbles at the bottom of the bowl of soup so that the soup will look thicker.

b) A Firm is anxious to sell an electrical appliance. Is it ethical for the firm to offer a bribe to the purchasing agent as an inducement to buy. Suppose that instead of bribe, it gives some money as his commission, does it make the transaction unethical?

A. J. Ayer points out that if a person feels good about an act, then in his view, it is a moral act. For example, using loopholes to cheat on income tax may be immoral from social point of view, but the person who is filing the income tax returns sees nothing wrong with it. Similarly, not joining the army in time of war may be unethical and unpatriotic from the society and the country’s point of view, but the person concerned may consider war as immoral in itself. However this approach has the least significance, since a completely individualised approach cannot be consistently applied in judging all moral or immoral actions. According to the accepted ethical concept, any advertising that violates that truthfulness or uses questionable means could be considered unethical. According to Lacznaiak, an action is relatively ethical if it is based upon either the theory of justice which means protecting the interest of all involved or on a theory of utilitarianism which provides the greatest possible balance of values for all persons involved. The fact still remains that whether it is the “theory of justice” or the “theory of utilitarianism” it is not possible to satisfy all people. If the objective of advertising was simply to inform the people about the qualities of a product and give the people complete freedom of choice, then certain ethical standards in advertising could be maintained. But if the objective of advertising is to “persuade” people to buy the product and change their buying behaviour, then it might need some manipulative tactics to achieve such objectives. In that case emphasis on psychological benefits, slightly exaggerated claims or even puffery might be accepted by our society as ethically acceptable. That is why products advertised as best or most often used or most often recommended by doctors or long lasting etc. may be morally

acceptable. But claims that are designed purposely to mislead and deceive the customer would be considered unethical. Some of these unethical practices are controlled by law in terms of “truth in advertising”. Undocumented false claims are prohibited by law. For example a skin cream cannot be advertised in the form of “your skin will look 10 years younger if you use our cream” unless such claims can be medically proven. To get around it, the advertisers might create a message such as, “this cream will help your skin look younger”. This is a kind of promise rather than a claim even though this promise could also be considered as manipulative advertising.

Because advertising is such an integral part of modern life and its persuasive abilities have great impact on society, the business of advertising messages are scrutinized by many government agencies. Many people feel that the advertising industry should demonstrate more social responsibility. Abuses in advertising can, obviously, have unfortunate effects on consumers, ranging from mis-spent money on an item that did not live up to the expectations, developed in the advertising to hazardous accidents resulting from the misrepresentation of faulty goods. Three major groups exist to protect consumer against misleading or fraudulent advertising.

3. Regulation by the Media.

Details of these groups and regulations are given below:

There are advertising agencies/advertising associations in almost all countries of the world which have framed some self policing regulatory activities. For example the American advertising federation has brought out the following code of ethics: (Since there exists no clear ethical code of advertising in Pakistan, therefore, codes of Advertising of the American Federation are explained for the purpose.)

1. All advertising shall tell the truth about the qualities of the product and all significant facts about the goods or services shall be revealed.

2. All claims made should be substantiated.

3. The advertisements should not be offensive to good taste and public decency.

4. Competitors will not be attacked unfairly about their products or services or their method of doing business.

5. Advertisers shall offer only such merchandise or services which are readily

available for purchase at the advertised price. They shall not indulge in the practice

of “bait advertising” where an inexpensive advertised product is used simply to induce the customers to come to the store and then persuade them to buy the higher priced products.

6. All guarantees and Warranties shall be explicit and easily understandable.

7. False and misleading price claims and savings claims shall be avoided.

8. Advertising shall avoid the use of exaggerated or unprovable claims.

a) The desire to protect readers of the magazine and potential customers from exploitative or dishonest advertisers. For example, the American magazines maintain a panel of technicians to test products before advertising them in the magazines and giving them the “seal of approval”.

b) Many magazines do not accept advertisements that do not confirm to the taste of their audience. Sexy advertisements may be gratified for “cosmopolitan’ magazine but not for “Readers digest”.

c) Most magazines respect the standards of advertising that they have set for themselves. Similar to magazines, all TV and radio networks maintain departments that judge and censor commercials for levels of acceptability.

3. Regulation by the Media.

There are certain regulations which are exercised by state governments in a number of countries. The regulations that are involved in controlling various forms of advertising and other malpractices are:

a) Food and Drug Administration: It controls marketing of goods, drugs, cosmetics, medical devices or any other potentially hazardous consumer products.

c) Postal service: It regulates material that goes through the mail, primarily in the areas of obscenity, lottery and mail fraud.

d) Di fferent countries have established different departments that regulate registration of trade marks, control the protection ot copyrights, regulate deceptive advertising of liquor and tobacco and there are departments which enforce all Federal Laws through prosecuting all such cases that are referred by other government agencies.