A natural heir to the critical theorists, the German sociologist Jiirgen Habermas (born 1929) also lamented the standardization, massification and atomization of the public. Habermas developed the concept of the public sphere in one of his earliest books, though it was 27 years before it appeared in English translation as The Structural Transformation of the Public Sphere:
“An Inquiry into a Category of Bourgeois Society, in 1989. He defined the public sphere as an arena, independent of government (even if in receipt of state funds) and also enjoying autonomy from partisan economic forces, which is dedicated to rational debate (i.e. to debate and discussion which is not ‘interests’, ‘disguised’ or ‘manipulated’) and which is both accessible to entry and open to inspection by the citizenry. It is here, in this public sphere, that public opinion is formed.” (quoted in Holub, 1991: 2-8)
Habermas argued that the ‘bourgeois public sphere’ emerged in an expanding capitalist society exemplified by eighteenth-century Britain, where entrepreneurs were becoming powerful enough to achieve autonomy from state and church and increasingly demanding wider and more effective political representation to facilitate expansion of their businesses. In his formulation of a public sphere, Habermas gave prominence to the role of information, as, at this time, a greater freedom of the press was fought for and achieved with parliamentary reform. The wider availability of printing facilities and the resultant reduction in production costs of newspapers stimulated debate contributing to what Habermas calls ‘rational-acceptable policies’, which led by the mid-nineteenth century to the creation of a ‘bourgeois public sphere’.
This idealized version of a public space was characterized by greater accessibility of information, a more open debate within the bourgeoisie, a space independent of both business interests and state apparatus. However, as capitalism expanded and attained dominance, the call for reform of the state was replaced by an effort to take it over to further business interests. As commercial interests became prominent in politics and started exerting their influence – for example, by lobbying parliament, funding political parties and cultural institutions – the autonomy of the public sphere was severely reduced.
In the twentieth century, the growing power of information management and manipulation through public relations and lobbying firms has contributed to making contemporary debates a ‘faked version’ of a genuine public sphere (Habermas, 1989: 195). In this ‘refeudalization’ of the public sphere, public affairs have become occasions for ‘displays’ of power in the style of medieval feudal courts rather than a space for debate on socioeconomic issues.
Habermas also detects refeudalization in the changes within the mass media systems, which have become monopoly capitalist organizations, promoting capitalist interests, and thus affecting their role as disseminators of information for the public sphere. In a market-driven environment, the overriding concern for media corporations is to produce an artefact which will appeal to the widest possible variety of audiences and thus generate maximum advertising revenue. It is essential, therefore, that the product is diluted in content to meet the lowest common denominator – sex, scandal, celebrity lifestyles, action adventure and sensationalism. Despite their negligible informational quality such media products reinforce the audience’s acceptance of ‘the soft compulsion of constant consumption training’ (Habermas, 1989: 192).
Though the idealized version of the public sphere has been criticized for its very male, Eurocentric and bourgeois limitations, the public sphere provides a useful concept in understanding democratic potential for communication processes (Calhoun, 1992; Dahlgren, 1995). In recent years, with the globalization of the media and communication, there has been talk about the evolution of a ‘global public sphere’ where issues of international significance – environment, human rights, gender and ethnic equality – can be articulated through the mass media, though the validity of such a concept is also contested (Sparks, 1998). 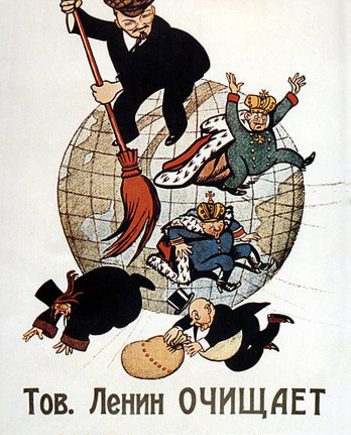