The demand for a New World Information and Communication Order
The international information system, the NWICO protagonists argued, perpetuated and strengthened inequality in development, with serious implications for the countries of the South, which were heavily dependent on the North for both software and hardware in the information sector. It was argued by Third World leaders that through their control of major international information channels, the Western media gave an exploitative and distorted view of their countries to the rest of the world.
The existing order, they contended, had, because of its structural logic, created a model of dependence, with negative effects on the polity, economy and society of developing countries. Their demands were articulated by Tunisian Information Minister Mustapha Masmoudi, who was later a member of the MacBride Commission. The chief complaints from the long litany of the Third World demands were as follows:
• owing to the socio-technological imbalance there was a one-way flow of information from the ‘centre’ to the ‘periphery,’ which created a wide gap between the ‘haves’ and the ‘have nots;’
• the information rich were in a position to dictate terms to the information poor, thus creating a structure of dependency with widespread economic, political and social ramifications for the poor societies;
• this vertical flow (as opposed to a desirable horizontal flow of global information) was dominated by the Western-based transnational corporations;
• information was treated by the transnational media as a ‘commodity’ and subjected to the rules of the market;
• the entire information and communication order was a part of and in turn propped up international inequality that created and sustained mechanisms of neo-colonialism.
(Masmoudi, 1979: 172-173)
Masmoudi argued that there existed a ‘flagrant quantitative imbalance between North and South created by the volume of news and information emanating from the developed world and intended for the developing countries and the volume of the flow in the opposite direction’.
He contended that gross inequalities also existed between developed and developing countries in the distribution of the radio-frequency spectrum as well as in the traffic of television programmes. He saw a de facto hegemony and a will to dominate – evident in the marked indifference of the media in the developed countries, particularly in the West, to the problems, concerns and aspirations of the developing countries. Current events in the developing countries are reported to the world via the transnational media; at the same time, these countries are kept ‘informed’ of what is happening abroad through the same channels.
According to Masmoudi, ‘by transmitting to developing countries only news processed by them, that is, news which they have filtered, cut, and distorted, the transnational media impose their own way of seeing the world upon the developing countries’ (1979: 172-173).
These structural problems were also echoed by other scholars who viewed the Western-dominated, international information system, with its origins in the international news media network, as geared to Western economic and political interests and projecting their version of reality through these global networks to the rest of the world (Harris, 1981: 357-8).
The demands and proposals for NWICO emerged from a series of meetings of the Non-Aligned Movement, most notably Algiers in 1973 and Tunis in 1976 (Oledzki, 1981). A landmark was reached with the Mass Media Declaration by UNESCO General Conference in 1978, which recognized the role the mass media played in development, and in December of that year, the 33rd session of the United Nations General Assembly adopted a resolution on the New World Information and Communication Order (NWICO).
As a result, in 1979 the International Commission for the Study of Communication Problems, was set up. The MacBride Commission, as it was popularly known, submitted its final report to UNESCO in 1980, a document which, for the first time, brought information- and communicationrelated issues on the global agenda. 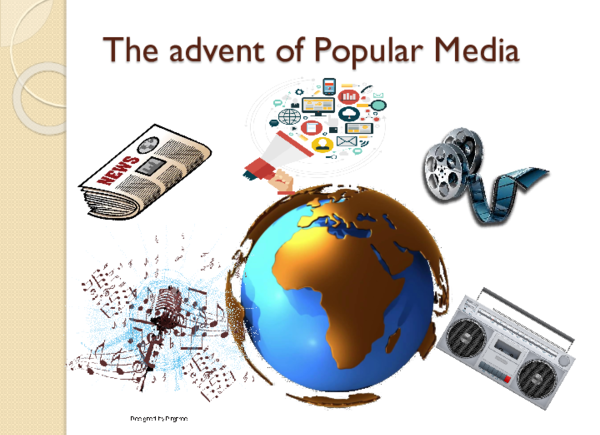