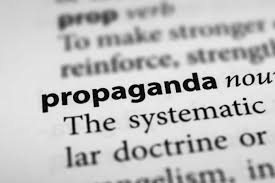 By the end of the 1930s, pessimism about the future of democracy was widespread. Most members of the old-line elites were convinced that totalitarianism couldn’t be stopped. They pointed to theories like those of Lasswell and Lippmann as proofthat average people could not be trusted. The only hope for the future lay with technocracy and science.

In the next chapter, we will trace the development of theories that arose in opposition to these technocratic views. Advocates of these emerging ideas didn’t base their views of media on social science; rather, they wanted to revive older notions of democracy and media. If modern democracy was being threatened, then maybe the threat was the result of having strayed too far from old values and ideals. Perhaps these could be restored and modern social institutions could somehow be purified and renewed. Theorists sought to make the Libertarianism of the Founding Fathers once again relevant to democracy. In doing so, they created views of media that are still widely held.

PROPAGANDA COMES TO THE UNITED STATES