Chapter#8: THE EMERGENCE OF CRITICAL AND CULTURAL THEORIES OF MASS COMMUNICATION In this chapter, we will trace the emergence of theories directly addressing questions about the way media might produce profound changes in social life through their subtle influence on the myriad of social practices that form the foundation of everyday life. These new perspectives argued that media might have the power to intrude into and alter how we make sense of ourselves and our social world. Media could alter how we view ourselves, our relationship to others, even the image that we have of our body. Culture The learned behavior of members of a given social group CHANGING TIMES Media have become a primary means by which most of us experience or learn about many aspects of the world around us. Even when we don’t learn about these things directly from media, we learn about them from other people […] 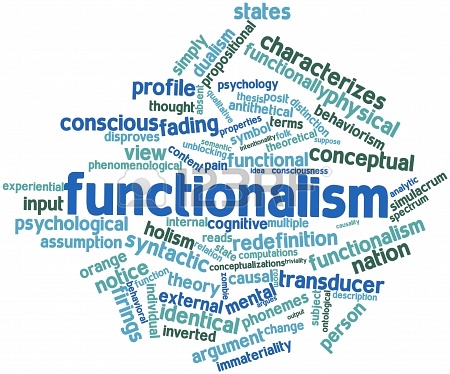 MOVING BEYOND LIMITED EFFECTS: FOCUS ON FUNCTIONALISM AND CHILDREN Functionalism Theoretical approach that conceives of social systems as living organisms whose various parts work, or function, together to maintain essential processes Communication systems theory Theory that examines the mass communication process as composed of interrelated parts that work together to meet some goal Social cognitive theory Theory of learning through interaction with the environment that involves reciprocal causation of behavior, personal factors, and environmental events THEORIES OF THE MIDDLE RANGE AND THE FUNCTIONAL ANALYSIS APPROACH Merton (1967, p. 68) described middle-range theory as follows: Middle-range theories consist of limited sets of assumptions from which specific hypotheses are logically derived and confirmed by empirical investigation. These theories do not remain separate but are consolidated into wider networks of theory. These theories are sufficiently abstract to deal with differing spheres of social behavior and social structure, so that they transcend sheer description […]

THE RISE OF LIMITED-EFFECTS THEORY Two wars—one imaginary, one real—helped move mass communication theory away from notions of powerful and subversive mass media to a more moderate and benign view. The War of the Worlds researchers, led by Hadley Cantril, were part of a vanguard of social scientists who transformed our view of how media influence society. Within twenty years of Welles’s broadcast, the way many scholars looked at mass media had been radically altered. They no longer feared media as potential instruments of political oppression and manipulation, but instead portrayed mass communication as a relatively benign force with much potential for social good. Researchers gradually came to see media’s power over the public as limited—so limited that no government regulations were deemed necessary to prevent manipulation. limited-effects perspective The guiding idea that media have minimal or limited effects THE DEVELOPMENT OF LIMITED-EFFECTS THEORY The people who developed limited-effects theory […] Chapter#5: NORMATIVE THEORIES OF MASS COMMUNICATION During the era of yellow journalism, most media professionals cared very little for the niceties of accuracy, objectivity, and public sensitivities. But in the first decades of the twentieth century, a crusade began among some media industry people and various social elites to clean up the media and make them more respectable and credible. The watchword of this crusade was professionalism, and its goal was elimination of shoddy and irresponsible content. Some sort of theory was needed to guide this task of media reform. The goal of this theory would be to answer questions such as these: Should media do something more than merely distribute whatever content will earn them the greatest profits in the shortest time? Are there some essential public services that media should provide even if no immediate profits can be earned? Should media become involved in identifying and solving social […]