Caption is used as a synonym for cutline or underline. It constitutes wording, accompanying and describing finer details of a photograph or illustration, usually beneath or beside it. A good caption can add life to a fairly mundane picture while a bad caption can spoil a good picture.

The identification is permanent in a caption, time and location are not always necessary. There are do’s and don’ts about caption writing. Some of them are given below:

In formal captions the five Ws and one H are answered. It is the common type

The informal caption, instead of explaining the actions or identifying the person/persons in the picture, give background of the event for which the picture has been taken. Such captions are usually critical

Word economy means the use of the briefest, and the fewest possible words and phrases in conveying messages. It is considered to be the gist of editing. In print media where space greatly matters, word economy is con wdered as the most effective weapon to dea» with the influx of news and features for their maximum accommodation. To achieve this important objective of word economy, newspapers have developed some principles Significant of them are –

To make a news compact, with full message in fewest words the sub-editor should cut out the unnecessary words. The sub editor can also achieve consisenccss by eliminating information that are not important He replaces several sentences by a single one that conveys the same information However, there i> also a danger m trying to combine too many ideas in one sentence Ordinarily the reader will be capable of grasping only one new idea at a time. I bis is especially true if the story is about technical or unfamiliar things In such a case the sub-editor should not use one confused sentence which may spoil the spirit of the message at the cost of conciseness.

The sub editor should be specific. He or she should avoid general statements

Pictures have to be edited to prepare them for reproduction just as text is edited. Picture-editing is the cropping, scaling and retouching of pictures to improve their quality to have good layout effects and convey the required information The picture inputs of a newspaper is channelled through ;he picture desk, which is controlled by picture editor. He is not only concerned with gathering and collecting photos, but also briefs staff photographers on requirements of news and feature pictures to be taken. He scans the photos to eliminate flaws and irrelevancy. He prunes the useless, redundant and unnecessary portions of pictures.

The task of editing pictures to size and subject concerns the art desk or the person drawing the page, and not the picture editor, who is normally the executive

in charge of picture procurement. Picture choosing is usually done by executive responsible for contents of the page.

The main procedures in picture editing are cropping, scaling and retouching. Closing up and montages are also used for better picture presentation. 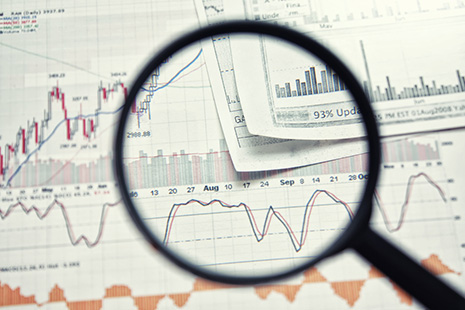