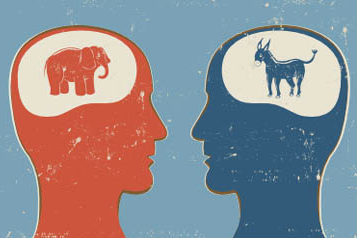 Political socialization performs a valuable function. It helps a society communicate its political heritage to new generations. We want children to understand the storied history of the United States, both its strengths and shortcomings. We want them to appreciate the importance of freedom, tolerance, and duty to country, as well as the importance of civic engagement. Other countries also convey their political lineage to young members of society, emphasizing distinctive national norms and values. Democratic societies in particular seek to nurture four virtues in citizens: knowledge of the political system; loyalty to democratic principles; adherence to traditions like voting; and identification with citizenship. Two themes weave their way through the socialization of political attitudes: continuity and change.

You would not find as many children who harbored such uniformly positive attitudes today. On television and the Internet kids are exposed to sordid problems of society, as well as the lascivious acts of politicians and harsh criticisms of the president by the opposition party.

In the political arena, a news media that for years resisted revealing the “backstage” private behaviors of public officials has changed its tune. Eighteenth century newspaper readers never knew that Thomas Jefferson suffered from rheumatism and migraine headaches. Nineteenth century news aficionados had no idea that Abraham Lincoln may have suffered from depression. Twentieth century radio and TV connoisseurs barely knew that Franklin Delano Roosevelt was paralyzed or had no inkling that John F. Kennedy enjoyed multiple affairs (Meyrowitz, 1986). Over the ensuing decades, the distinction between public and private blurred, as it became increasingly permissible to offer deeper access into the back regions of public officials’ lives.

Political socialization is a work in progress, with new media genres that socialize young people emerging in our digital culture. Activists have devised innovative websites in an effort to promote civic engagement and political participation. They have a mixed record of success (Bachen et al., 2008; Bennett, Wells, & Freelon, 2011; Xenos & Foot, 2008). Many sites fail to offer interactive learning opportunities to which young people are accustomed. On the other hand, social media can help stimulate political participation in events like presidential campaigns, protests, such as Occupy Wall Street (which was promoted through an email post), and partisan causes, spanning both sides of the abortion and gun debates. About a third of social media users have re-posted political content previously posted by someone else, employed social media to encourage other people to vote, and used social media to encourage others to take political action on an issue that they viewed as important. Young people are especially likely to use the tools of social media in these ways.

As positive as these developments are, it is likely that many of those who use social media for political purposes are already predisposed to get involved in politics. The apolitical social media users probably don’t use social media as tools for political engagement. In addition, social media, with its posts from like-minded political friends, is apt to reinforce the views that individuals already hold, rather than exposing them to new points of view.